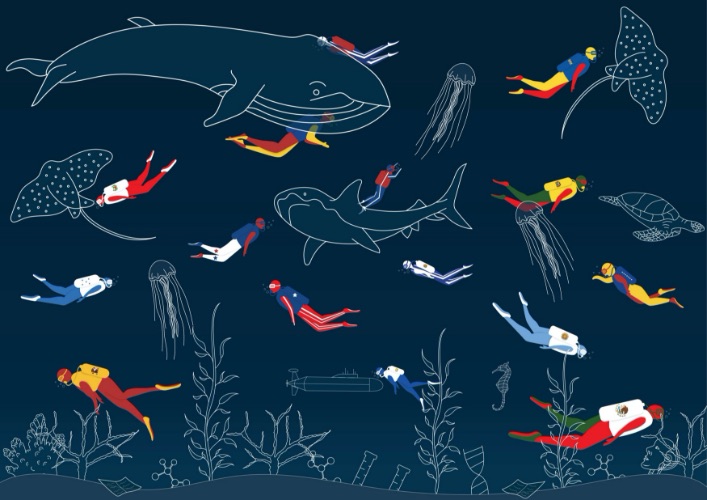 Dubbing vs subtitles on YouTube: the never-ending dilemma finally resolved.

Growing up in the post-communist Poland did not provide a tremendous variety of entertainment, but we did have TV, and oh boy, did we watch a lot of it. Two funny things about national TVs in the Eastern Bloc:

Travelling around Europe and meeting my Swedish and Dutch friends made me wonder, how come their English is so good and they have very little accent going on? Well, turns out that a bunch of countries never bothered with the localized voice-overs and instead opted-in for subtitles for all the foreign titles.

My first reaction? “Wow, that is awesome! I wish we had that growing up. Subtitles are so superior!”.

Almost two decades later and I would like to retrace my statement. I am sorry, I just did not know any better back then.

Dubbing can be awesome. It is not awesome by definition though, you have to put in a lot of work to make it awesome. It is a complicated multi-stage process, starting at transcribing the original content, through translating and rewriting it to capture the flow, puns and all the little nuances properly, finally casting the right actors and grinding in the studio to capture all the moments.

But there is no way this no-name actor in Poland can do a better job at expressing his emotions than Daniel Day-Lewis! Well, there probably isn’t, but all the exceptional talent and voice of Daniel Day-Lewis will be half-wasted if on the receiving end you have a non-English speaker.

Seems like there is a pretty large chunk of World’s population that cannot fully enjoy the content unless it’s fully translated. Only great dubbing can provide your audience with truly great experience. It really is as simple as that. We are born with the sense of listening, but we are not born with the ability to read, so naturally listening is a friendlier option. Awesome dubbing is content’s best friend, allowing a seamless transition into somebody’s world, without any interruptions. You are looking for a smooth duplication of your content, your intentions and your message and the only way to ensure that is going for best in class dubbing.

On a strictly human level there is nothing better than quality dubbing that cuts straight from your ears to your heart. If you are producing captivating and heartfelt content you deserve your local Daniel Day-Lewis to duplicate it. If blowing stuff up and being awesome is your thing, you want to duplicate 100% of the awesomeness, not settle for being just 50% awesome with subtitles?

The advantages of dubbing go deeper than just a purely human level. People can actually enjoy your content while taking care of other things, and we all know that these times we are multi-tasking more than ever, it seems like nobody has time to do just one thing at a time anymore. If your content is suitable for just listening to, whether you are a motivational speaker or a science educator, you can safely improve someone’s dreadful morning commute (stay strong my LA people).

Better audience engagement and understanding of your content increases the average view duration of your videos, providing you with better ad revenues and YouTube recommendation algorithm with more proof of quality of your content. Through our research we have also determined that people are 3 times more likely to share a video with family and friends if it’s in their native language.

As previously noted, unilingo finds that on average 70% of all the views come specifically from mobile devices, yet another clear win for dubbed content.

Don’t get me wrong, subtitles can be great if you are a native speaker, someone that’s very fluent in English or if you are trying to learn the language. But the numbers are merciless and it seems that you might miss out of the majority of your potential audience.

As the great Wayne Gretzky (and Michael Scott) once said: “you miss 100% of shots you don’t take”. Why wouldn’t you cast a larger net and allow your content to reach the global audience?

If you are looking for someone to help you with the process, unilingo has a proven solution employing the best voice-actors in the world to help you capture all the nuances of your content.