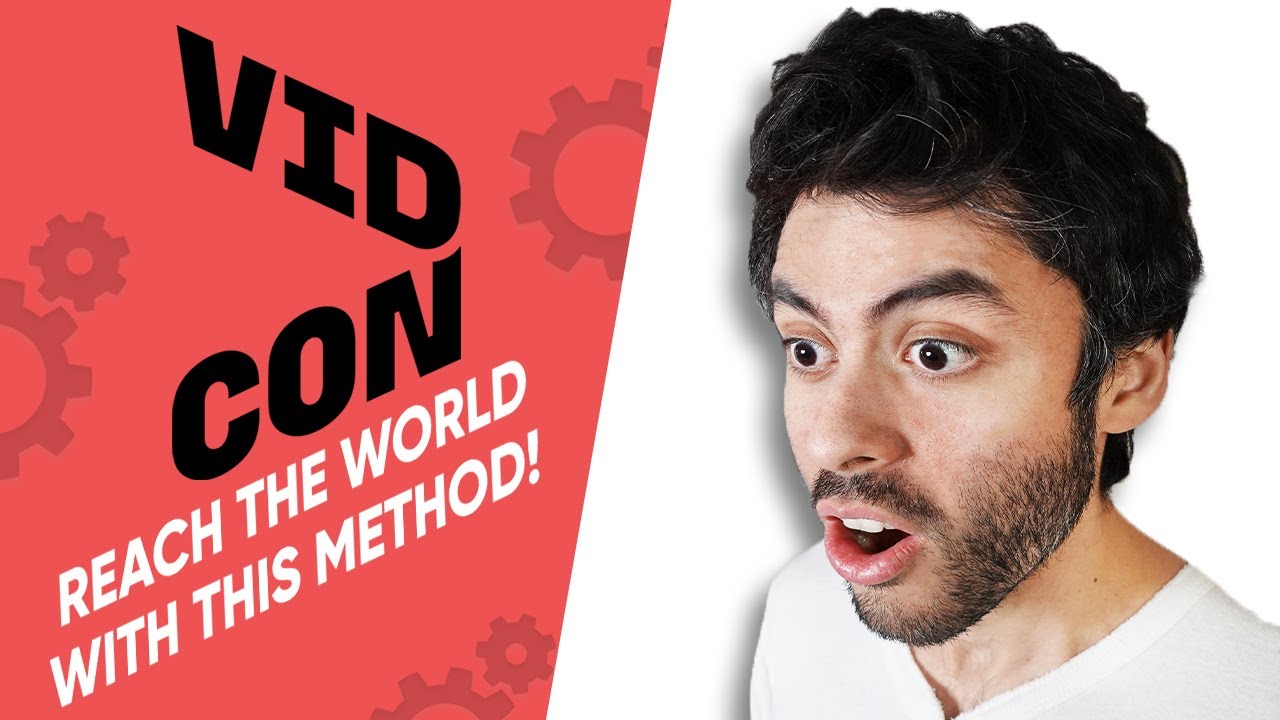 Transcript: How's it going everyone? My name is Farbod. I am the CEO and co founder at Union lingo. We are going to talk about what transition is and what it could do to benefit you as a creator. on YouTube. We have found that when we translate videos that by views in other countries, we make more money, and it's pretty obvious. Don't just translate a couple of videos translate your entire channel. I'm going to give you the process we go through Arduino lingo to ensure that we translate the right videos to get viewers to watch them in their native language. And stay until the end of the video and subscribe and come back for more. This is a video we translate it for Veritasium.

That is so strange. What are the what are the years is done extra new videos in video produced by miniature golf closer to Nomad. Now imagine I continue to talk in my mother tongue for the rest of this session. How would you feel that is how more than 50% of all YouTube users feel like when they come across a video that is not translated? Luckily, I moved to Canada learn English and never needed to watch another translated video until I wanted to share a TED talk with my mother. But I couldn't. So I did what any good child would do. I dubbed it for her but I went a little further. So I took that same video on how to dealt in Spanish and only better see that we are specialists tengo la que significa que muchos articulos.

Today that video has been viewed over 1 million times. But we didn't stop there. We analyze 1000s of comments. And we realize this is a real problem. Translation is the quickest growth hack any creator can take advantage of to multiply their viewership. But it takes lots of work. And creators ideally should focus on creating more content and not translation. Now, that's not to say you can't do it yourself. In fact, you can or you can hire professionals to take you from this, which is the veritasium main channel to this, which is the Spanish version of veritasium. Today veritasium Spanish has been viewed over 50 million times Derek, the creator behind the channel he has generated close to $50,000 in ad revenue. Bam, that's pretty awesome. So how do we do it, we set up and manage the foreign language channels for him. While we set up the channels he retains full ownership.

The beauty of this is that will essentially duplicate your main channel into a foreign language we localize everything, thumbnails, in video text, description and meta tags. We also manage the dubbing of the content using professional voice actors with lipsync. We use a proprietary algorithm to select which videos to translate, maximizing the efficiency of direct translation investment by launching a separate channel, you can successfully build a following in other languages this strategy is helpful for languages with varied alphabets or search terms, it is critical to localize all aspects of your content into a new language. We can customize each channel to its local audience and easily incorporate local events and promotions. So if your brand varies slightly in different countries or regions, this strategy allows you to incorporate those differences into your channel strategy, viewers will be less likely to get confused or disengaged because of very language content. We also make sure to use native voice actors in the local markets. To capture the cultural nuances. Our team provides the management and quality control making sure that all of the content is translated accurately and it captures the cultural nuances of the language. As I mentioned, we can use subtitles or dubbing but this graph shows the average viewer retention of the TED Talk video that I shared earlier when it's dubbed versus when it's subtitled. If you look down below, the retention of the video of the dubbed version is longer by one minute and 15 seconds than its subtitle counterparts. Watch time is the most important metric on YouTube. Now, it's critical to select the right videos for your foreign language channel to maximize your investment and to continue building an audience. You can see a real world example here from a translated video where the English video had 5.9 million views and the Spanish version at 3 million views. I do lingo we use an intelligent machine learning optimized selection of videos for translation. We look at Audience signals like the comments received on the channel, competitive landscape and the channel analytics.

But if you want to know, it really boils down to retention, we always start with videos that have the highest retention, and can keep the viewer the longest on the platform, you need to research your audience. And here's the problem. content creators assume they should translate their videos into Japanese because they're looking at their channel analytics, and 5% of their views are coming from Japan. So they take that as a signal. The problem is if the YouTube algorithm is doing a good job, you should not see more than five or 10% of your views come from another country where they don't speak your language, you will find your future fans who speak a different language than you do by proactively seeking them. So you need to become the viewer and a critical step in putting yourself in the viewers shoes is to read your comments. This is a great way to listen to what your fans are actually saying about the languages they want you to translate our general lingo when we say we use comments, we go to the extreme, we scraped all of the comments ever left on the creators videos across all their social media platforms.

Our minimum is 1000 comments. As you read these comments, we can start to see what languages are being requested and what they want and what the viewers want. Now there are two options to translate videos, ai or human translators. The benefit of working with AI and with machine translation and synthetic voice is that is cheap, and it's fast.

But there are three things you need to consider if you want to use AI number one machine translation will never be able to fully replace human translations. And I mean that human translators can dig deeper to understand the true meaning of the content and make informed decisions on how to translate a video number two machines don't consider context. A human translator leverages tools like visual context, and various linguistic assets to adhere to your brand standards translate accurately and convey the message of the content consistently. Number three digitized voices can make your viewers tune out and it can have a direct impact on your videos retention using professional voice actors creates an immersive and natural listening experience.

This is why audible is hiring voice actors instead of just running an entire book through a text to speech algorithm. Now before we wrap up this session, there are two tips that I want to share. Number one, if you speak more than one language, you can leverage that to expand multiple channels at the same time. You can do this by making the same content but in as many languages as you speak take any hydro on this slide. As an example, he has a Spanish channel as well as an English channel. The reason is because he speaks English and Spanish so every time he records a video, he will record it in two languages and he will upload both videos to his YouTube channels at the same time. Tip number two, be organized. Create consistent templates for your video metadata thumbnails and video files so that when you do decide to expand into other markets, you're able to maintain consistency across your channels. This will also make the job of other people you will be working with much much easier. So translators, voice actors and channel managers if you have more questions, you can email me at farbod@getunilingo.com